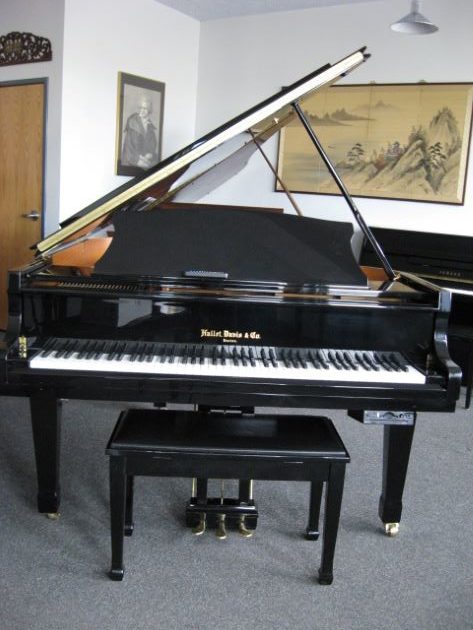 By investing in a QRS PianoMation disk-player piano, with little more than the push of a button, your piano will “come alive” and provide live entertainment and ambiance for every occasion in your home from intimate dinners to large parties or something mundane like housework with Beethoven in the background, or upbeat jazz while you work out. The multi-media Petine model will play the piano by itself or with accompanying instruments or vocals through its included speaker. There is an enormous amount of music files included across numerous genres of musical styles. They are located in the Petine’s internal memory, its Compact Flash card sampler and its CD’s. The Remote Control will easily navigate between them, control volume and perform many other advanced functions. One is Random Mode which will randomly select songs to play as a surprise, for your delight. The entire original owners pack is intact, including operation manuals and software. Additional QRS CDs can be acquired, and the CF card reader will accept a variety of different off-the-shelf manufacturers cards to store music found in other third-party libraries. Petine is a MIDI device too, in the event the new owner wants to interface a computer for additional storage of files found on the internet or elsewhere. They can be MIDI or MP3 files. 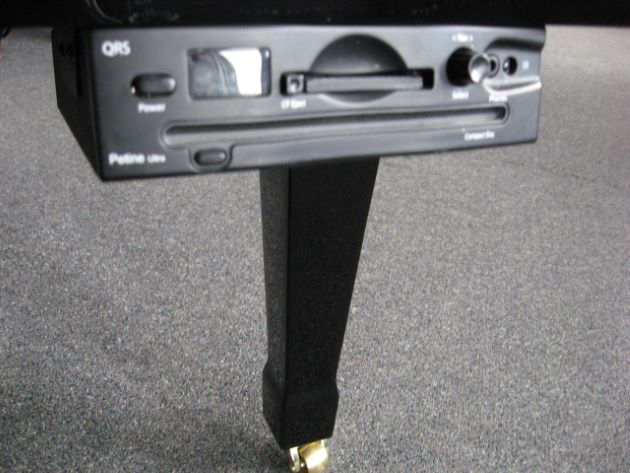 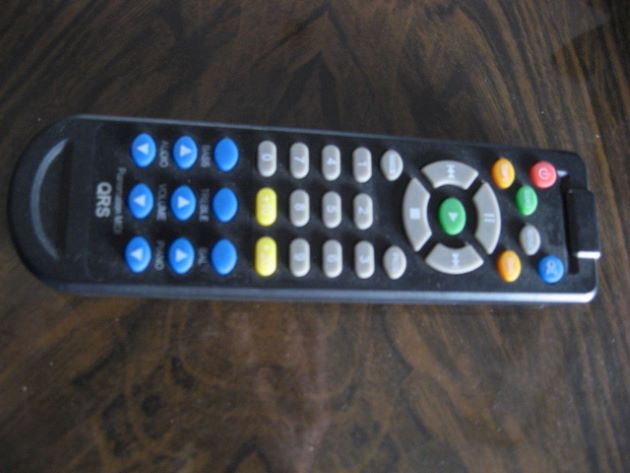 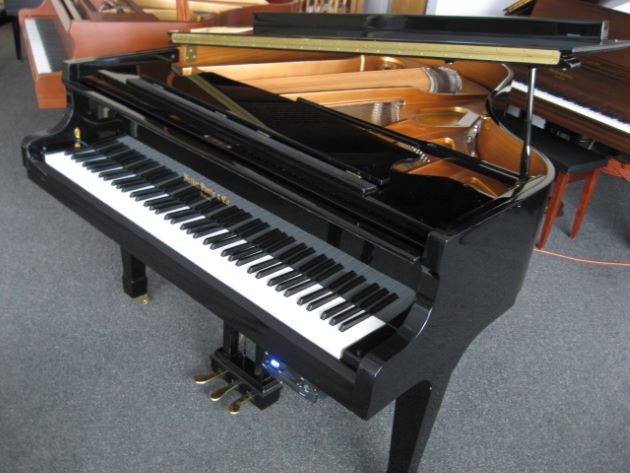 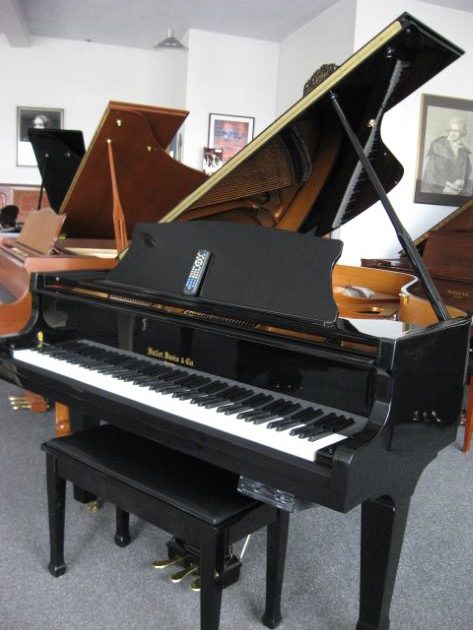 The electronics are operating normally at this point in time. We can’t anticipate how long that will last and we can’t offer a warranty but the Petine can be eventually upgraded to the current wireless QRS PianoMation lll with even more music. Or with a subscription, the user can have access to their entire historical 13,000+ library of music files that’s growing all the time. These files have been compiled over the last century-plus since QRS was founded in 1900. Back then, QRS song files were stored on paper rolls; (Quality Roll System). Today, they are stored as zeroes and ones, digitally.

This piano was originally purchased from the longtime Hallet, Davis & Co. Authorized Dealer, Kitt Fine Pianos here in Albuquerque on the west side. It has lived its entire life in town and is happily acclimated and well-adjusted to our unique climate so it should offer decades of trouble-free musical gratification to the next owner. The piano had very little playing time so there is minimal wear in the action and other moving parts. It is in excellent condition – structurally and aesthetically. These are durable, low-maintenance, well-built pianos. We are happy to warrant the piano for two years. The electronics are sold “as-is”. We had to do very little to it in our restoration shop and it was in nearly sales-worthy condition when we acquired it. The original bench with storage is included. Complimentary local, first-floor professional delivery is included.

At 6’-1” in length, it is larger than a baby or parlor grand piano. This is a conservatory grand that would meet the needs of most performance venues featuring live music and institutional settings like houses of worship and schools. The robust bass response from the longer string length and larger soundboard size and the warm, rich tonal quality and bell-like clarity would suit nearly all musical genres. It would be suitable for a serious amateur pianist or a professional. These are durable, low-maintenance, well-built pianos and it should give decades of musical enrichment to the next owner. 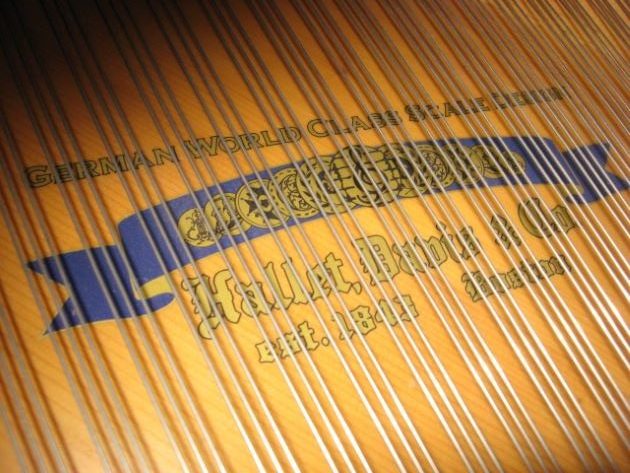 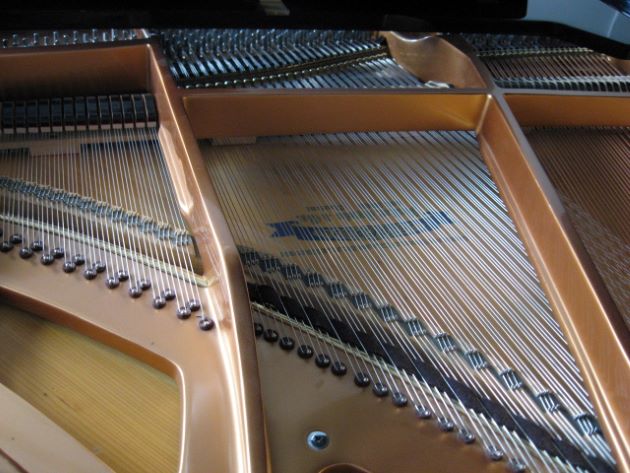 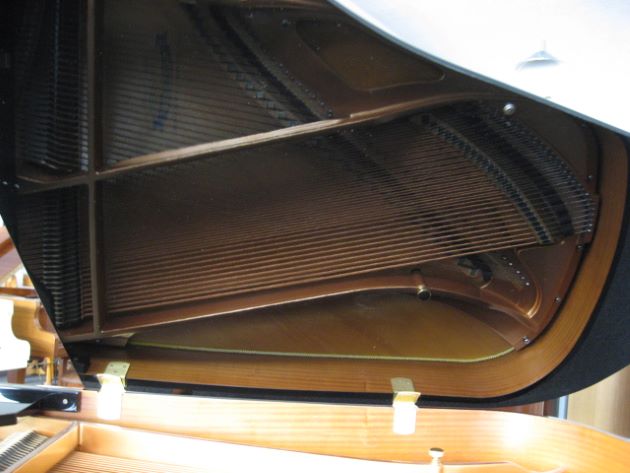 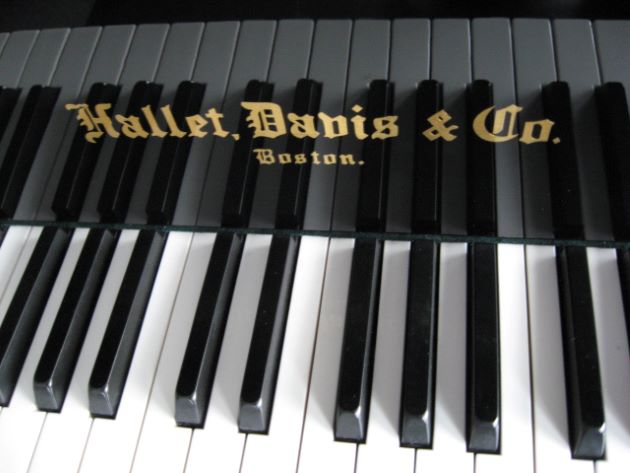 Awarded a gold medallion by His Holiness, Pope Pius X in 1911

Originally established in Boston in 1839, Hallet Davis & Co. is one of the oldest American names in piano manufacturing. Hallowed, staid and revered, the company has a rich history. They have received numerous competitive awards and medals at World’s Fairs and the greatest expositions world-wide. During the Paris Exhibition of 1867 Franz Liszt, the great pianist-composer, played on a Hallet Davis piano and enthusiastically endorsed it. So did Johann Strauss in Berlin, 1871. In 1911, His Holiness Pope Pius X selected a Hallet Davis for the Vatican and awarded its makers a gold medal. Mr. Hallet and Mr. Davis are long gone of course, so the company has had various ownerships. For most of the 20th century they were part of the Aeolian-American Piano Company empire. Fine old brands like Chickering, Mason & Hamlin, Knabe, Sohmer and others were also built by them at their factory in East Rochester, NY. Shortly after Aeolian-American’s demise in 1985, North American Music in New York acquired the rights to build the piano and the Galanti family have been wonderful stewards of this renowned old American brand. The instruments are currently built to the highest standards and integrity by highly rated, modern factories in China. 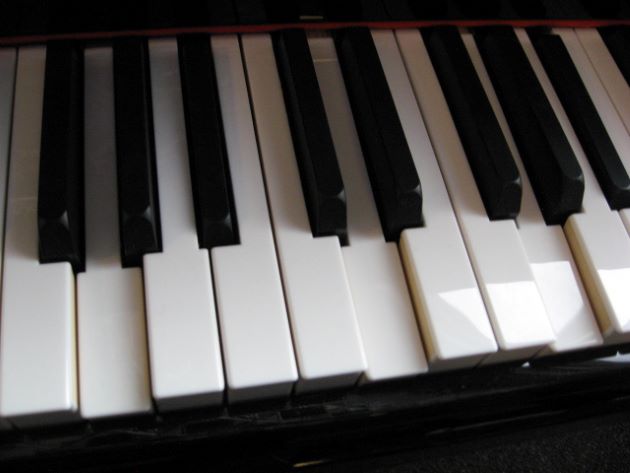 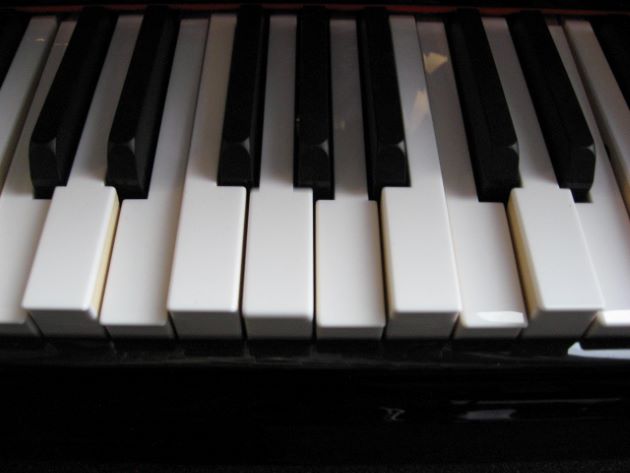