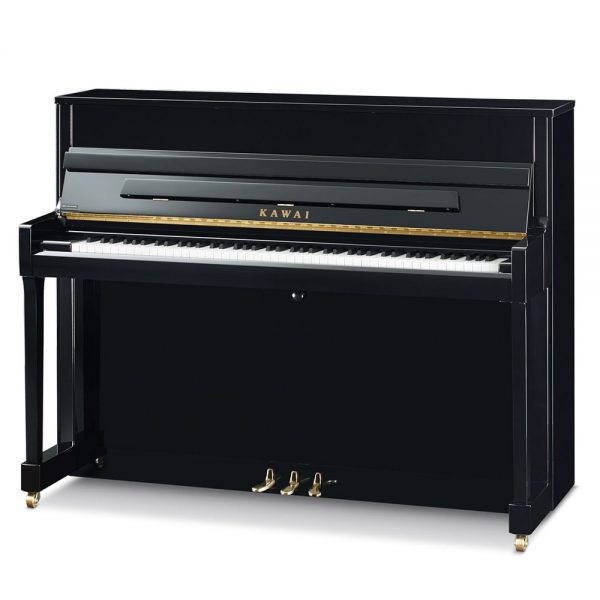 The K-200 K Series Professional Upright Piano delivers all the features that a well-crafted instrument needs to satisfy the demands of the most experienced pianists and professional teaching studios. Featuring the exclusive Millennium III Upright Action that is considered one of the finest upright actions in the world, the Kawai K-200 upright piano offers incredible touch that allows ease of musical expression. Complementing this responsive touch is the K-200’s rich, warm tone enhanced by a premium tapered solid spruce soundboard. With excellent tone, consistent touch and a beautiful cabinet design, the K-200 upright piano is an exceptional choice for any pianist.

Kawai K-200 Professional Upright Piano | Kawai K Series (kawaius.com)  The K-200 model includes Kawai’s Millennium 111 piano-action made with carbon-fiber composites.  One of Kawai’s most important innovations is the use of ABS Styran plastic in the manufacture of action parts. More than 40 years of use and scientific testing have shown this material to be superior to wood for this purpose. ABS does not swell and shrink with changes in humidity, so actions made with it are likely to maintain proper regulation better than wood actions. The parts are stronger and without glue joints, so breakage is rare. These parts are present in every Kawai piano. In the current Millennium III action found in some models, the ABS is reinforced with carbon fiber so it can be stronger with less mass. Having less mass to move (that is, less inertia), the action can be more responsive to the player’s intentions, including faster repetition. Certain contact surfaces on the action parts are also micro-engineered for ideal shape and texture, resulting in a more consistent touch. Although it took a number of years to overcome the idea that plastic parts must be inferior, there is essentially no dispute anymore among piano technicians on this subject.

The hammers are made with underfelt and mahogany moldings, which improves the responsiveness of the action and the tonal sustain.  The soundboard is tapered for improved tonal response.  The keybed is double-braced and steel-reinforced to prevent warping and flex.  The fallboard has their Soft Close System which is a slow-close function.  The concert bench is adjustable.  Kawai MSRP – $8095.   88 Keys Piano Warehouse & Showroom Discount price – $6950.