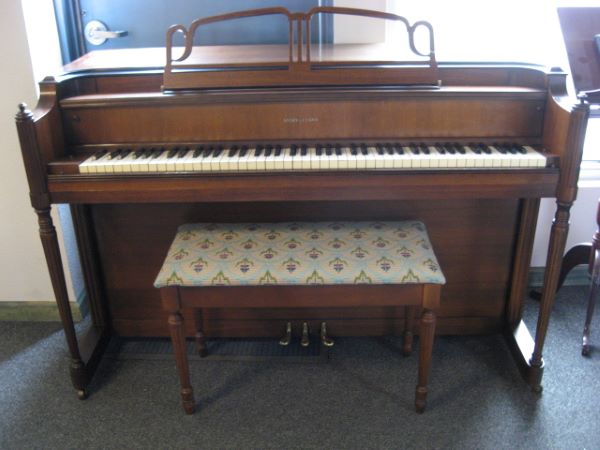 Behold the nearly flawless authentic ivory natural keys and the hardwood and black-lacquered sharp keys on this adorable Story and Clark spinet piano.  The vibe of the furniture style is art-deco.  The lid has a theatre-style shape, the scrolled music rack is out of the ordinary, the legs are fluted with little “crowns” at the top and the finish is a warm, rich mahogany.  The covering for the keys is a two-piece Boston-style fallboard with a long piano hinge that won’t scratch the sides or warp and get stuck inside. It has been a permanent resident here in Albuquerque, so it is happily acclimated and well-adjusted to our unique climate.  Though the piano was built in 1939 it has a modest amount of wear.  The overall condition is excellent; structurally and aesthetically.  We provided a thorough action regulation, cleaning and multiple tunings for stability in our restoration shop.  The tuning pins are tight, so it holds tune well.  Given Story & Clark’s well-earned reputation for maintenance-free durability, this piano should provide more years of enjoyment and musical fulfillment.  The original bench with storage is included and it’s been upholstered recently.  We’re happy to warrant the instrument for two years.    Complimentary local, first-floor professional delivery is included. 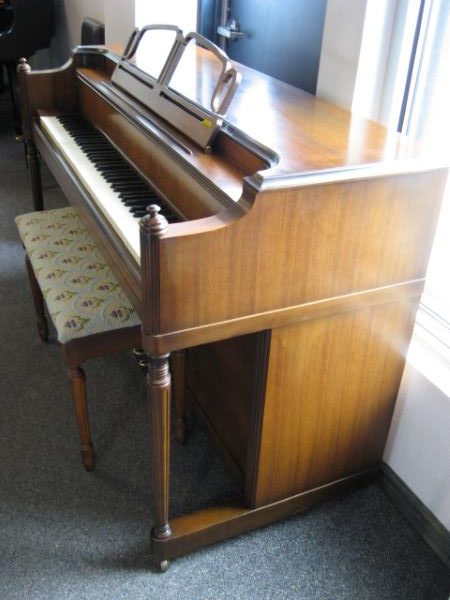 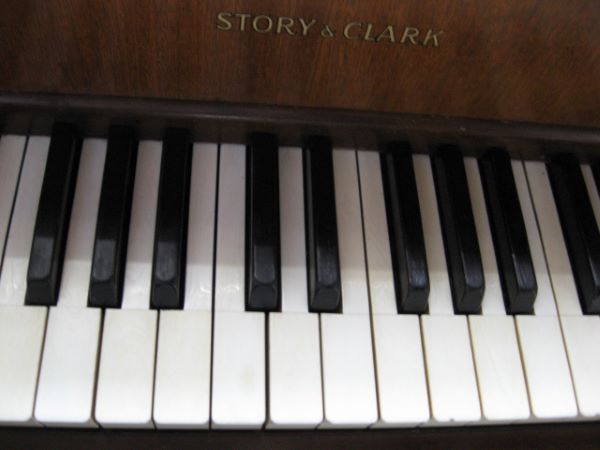 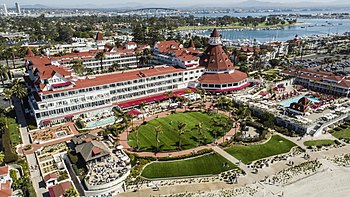 Hampton Story began his retail piano business in 1857 and was joined by Melville Clark in 1884.  They actually had a thriving reed organ manufacturing business in Chicago, Ill. before they built pianos.  There were also factories in London, England and Berlin, Germany.   When they began building pianos, the factory was located in Grand Haven, Michigan which was called “Furniture Country” at the time due to its numerous furniture factories.  Logging and lumber mills thrived there due to the vast forests of diverse timber in the area which included the northern US and Canada.  Hardwoods and softwoods were plentiful.  A piano is constructed with various different species of wood, depending on the need whether it be strength, flexibility, density, beauty, uniformity of grain etc.  After leaving the piano industry, Mr. Story went on to help develop Coronado Island across the bay from San Diego and build the luxurious Hotel del Coronado in Coronado, California.  “Hotel del” is an architectural gem and the second largest wooden structure in the US.  The Crown room is perfectly round and built without any metal fasteners like nails, screws or bolts, but only wooden dowels, joints and pegs. Mr. Clark, ironically went on to found QRS (Quality Roll Systems – think player-piano rolls) in 1901 and designed old-fashioned pneumatic (air pressure with a bellows) player-pianos and eventually, new electronic disk-player systems that became popular in the 1990’s.  Those systems are actually wireless today and play wirelessly through networks with no need for disk drives.  QRS acquired the Story & Clark Piano Co. in 1993 in order to offer these player-systems in their own pianos. 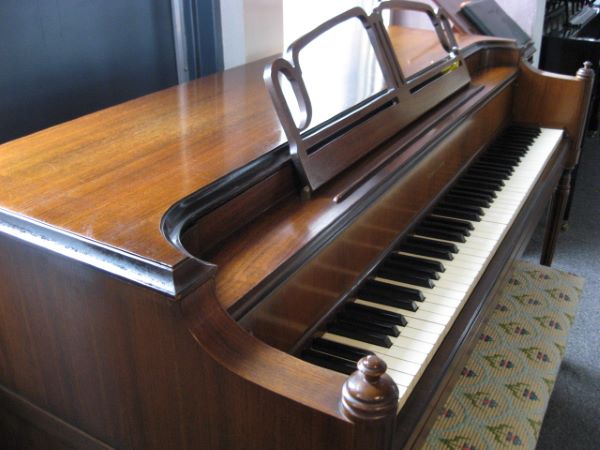 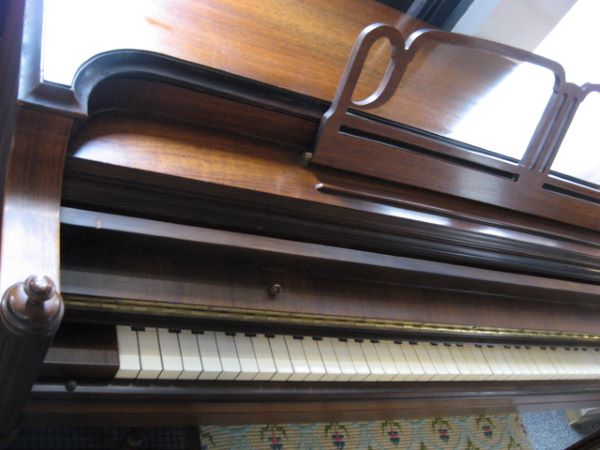 Boston-style fallboard to protect the ivories.